Ciconia nigra - for all my friends 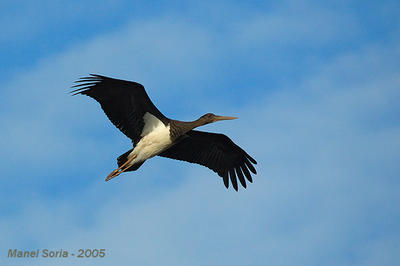 It seems there are only 6000-7000 couples in the world and this afternoon I was soo lucky I could see this young individual !!

Thanks to Pedro Bescós who told me that it had just arrived, who knows from where. But it was too far, even for Pedro's telescope.

Then, a type of falcon (Circus aeruginosus) approached to the Ciconia and it started flying. It surrounded the lake, even flew over the observatory and then came back to its original position.. too far again.

All that happened in less than one minute, I'm sorry I was too inexpert and nervous so I could not get a better photo. A camera faster than D70s (3fps) and a lens lighter than Bigma 50-500, and with VR, would have helped too :)

To be on the safe side, I increased sensitivity to ISO640. The camera was adjusted to underexpose -1. But this was probably a good idea to don't overexpose the white areas. However, the matrix meter here was right and the photo IS one point underexposed. So the image was noisy and I used neat image. I shot at F8 and 1/4000 !

This is cropped, you can see about 60% of the original photo in each direction.

I hope my sons will be abloe to see this animal too.

Another processing of the same image: 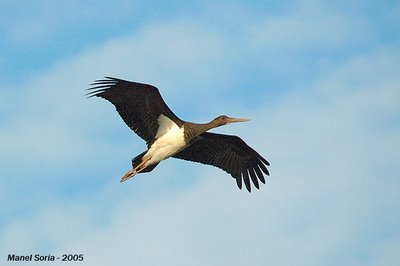 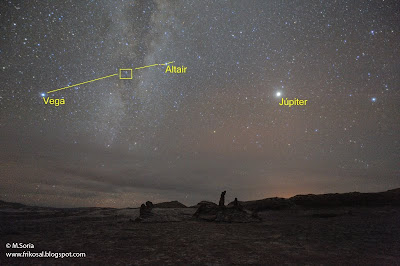 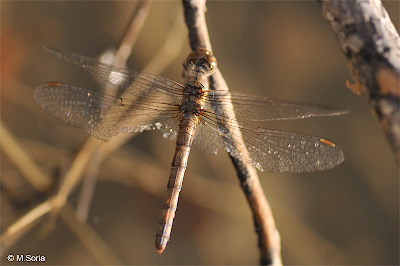